January 11, 2021,
​1:15pm
Presented by Professor Joe Nye via Zoom webinar.
The program is free and open to the public, but you will need to sign up here.
​ 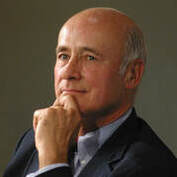 Joe Nye has taught his share of courses in American Foreign Policy. One of the recurring issues in his classes was “to what extent have ethical concerns affected presidential decision making in foreign policy?”

“Conventional wisdom said ethics didn’t matter much, but I thought they did”, Nye relates.  So he wrote his 16th book, Do Morals Matter? that examines the foreign policy decision making of all presidents from FDR to Trump and concluded that ethical concerns played a big role in their decisions. In the book, Nye introduces the three dimensions of moral behavior: intentions; means; and consequences. “Sometimes people think ethics means having good intentions, but that is not enough.  We must look at the other two dimensions.  A noble-sounding intention can have bad consequences,” he points out.

“Ethics can’t be the only factor in conducting foreign policy or we wouldn’t have a foreign policy’, Nye declares.  But ethics made a big difference in the presidencies of Harry Truman and Jimmy Carter, for example. After writing the book, he ranked presidents Reagan and Bush 41 higher, and Nixon lower, than he had originally thought.  Of all the presidents studied, he feels that FDR, Truman, Eisenhower, and George H.W. Bush were most successful at combining ethics and effectiveness in the conduct of American foreign policy.

Joe Nye joined the Harvard faculty in 1964. He has served three presidents, beginning in the Carter administration focusing on nuclear weapons. In 1993 President Bill Clinton appointed him Chair of the National Intelligence Council, which coordinates all 16 intelligence agencies. He was next appointed Assistant Secretary of Defense for International Security Affairs, and Nye assumed that he would spend the rest of his career in government.  He changed his mind when Harvard offered him the deanship of the Kennedy School, which occurred at the same time as the Oklahoma City bombing. “Our mission is to train public leaders who improve the value of our public life,” Nye says, “and I think we add public value, not just shareholder value.” He was an informal advisor to the Obama administration. He has personally taught a Secretary General of the United Nations, a former president of Mexico, senior military leaders, members of the US Congress, and journalists for The New York Times. As President-Elect Biden names his Cabinet, Nye is confident that some of his students will be in this group.  He and his wife Molly have lived in Lexington since 1965 and are the parents of three sons and nine grandchildren.