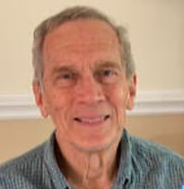 The first American battle engagement with the Germans and the first American deaths in Europe of the Second World War occurred on August 19, 1942 in a nine-hour raid by Canadian, British, and American troops on the French coastal town of Dieppe.  The attack was a disaster, resulting in 1,000 Anglo-Canadian-American deaths, 2,000 Canadians taken prisoner, and another 1,000 serious woundings.

How could some of Great Britain’s most astute decision makers have concocted this catastrophic fiasco?  Mark Thompson, a former Harvard professor of decision science and game theory and the author of Disputed Decisions of World War II: Decision Science and Game Theory Perspectives, will review the Allied tragedy at Dieppe and will assess the decisions that had led to it on Monday,
​
“Dieppe,” says Thompson, “was a fumbled test run, in which not even the British and the Canadians themselves were clear as to what they wanted to accomplish.”  He judges that many of their stated purposes for the raid – which included gauging the German defenses, bringing back some landing barges, capturing secret German papers, and destroying German coastal batteries – could have been achieved in other, less costly ways.

Many historians believe that the true objective for the raid was hidden.  Britain was responding to entreaties from Joseph Stalin, whose Russian forces, even after suffering military losses of four million men, had committed another five and one-half million men to fighting the Germans on the Eastern Front.  Stalin urged the Allies to invade France and to establish a Western Front to put more pressure on the Germans. The British knew they were nowhere near ready for such an invasion.  Many have theorized that the British launched the Dieppe raid to learn how the Germans would react to this kind of an attack. The carnage from the guns in the heavily fortified cliffs showed that an invasion of this type was essentially impossible.  The Allies decided instead to land in North Africa.

As he analyzes the decision-making process, Thompson feels the planners ignored one of Napoleon’s most important maxims, the importance of unified command.  “There was no consolidated authority for getting it right. The meta-decision, deciding how to decide, was bungled, and the result,” he concludes, “was a catastrophe.”

As a professor on the faculties of the Harvard School of Public Health and the John F. Kennedy School of Government at Harvard, Mark Thompson taught courses on health economics, social program evaluation, game theory, negotiations, and strategic decisions.  He has also served as a visiting professor at the Université de Paris and the Universität Bielefeld in North Rhine-Westphalia in Germany.  In Disputed Decisions of World War II:  Decision Science and Game Theory Perspectives,” his fourth book, Professor Thompson seeks to help future decision makers to make better decisions and to achieve better outcomes.
​