LEXINGTON VETERANS ASSOCIATION
How to Respond to the Challenge of China?
March 14, 2022
​1:15pm
Presented by Joe Nye via Zoom seminar 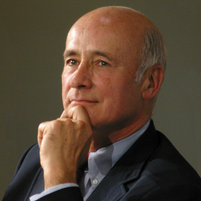 Joe Nye
How to Respond to the Challenge of China?

History shows that when a rising power challenges an established power, conflict is inevitable. Looking at the US and China, how will that conflict play out? Deliberate war, accidental war, status quo, or something else?

Professor Joe Nye, former Dean of the John F. Kennedy School of Government at Harvard University and global affairs expert, envisions a different scenario, a relationship he calls “cooperative rivalry.” On Monday, March 14 at 1:15 p.m., Prof. Nye will look to past wars and conflicts for insights and suggest the most likely scenario for US-China relations going forward.

Harvard historian Graham Allison coined the phrase, “the Thucydides Trap”, referring to the Peloponnesian Wars of 421 B.C., when Sparta determined to crush the rising city-state of Athens. His point: when a rising power threatens to displace a ruling one, the most likely outcome is war. Outright war with China is a realistic possibility, according to Allison.

Another scenario is that the US and China will enter a new Cold War period reminiscent of post-World War II with the Soviet Union. Prof. Nye sees this as unlikely. “With the Soviet Union, there was almost no economic interdependence”, but with China, there is a high degree. It’s impossible to isolate the Chinese economy like we did the Russian economy. Also, the US and China have begun working together, up to a point, on climate change, which is essential for the planet.”

Stumbling into a war no one really wants is another possible outcome. Prof. Nye points to World War I and how the great powers were “not averse to a small war, but they didn’t expect what they got: a 4-year massive war and the collapse of four major empires.” Although the South China Sea and Taiwan are major areas of conflict, Prof. Nye feels the odds of an accidental war are relatively low. “But humans make mistakes,” he adds.

Nye feels the most likely scenario for future US-China relations is a relationship of “Cooperative Rivalry”, a variation of the term “managed competition” first coined by Australian Prime Minister Kevin Rudd. The key to achieving cooperative rivalry is maintaining strong alliances. “There is no way that the combined economies of China and Russia can match the economies of the US, Europe and Japan for at least the first half of this century,” states Prof. Nye. The recent alliance of the US, India, Japan, and Australia, called “The Quad”, will be another strong bulwark against the Chinese economy.

A member of the Harvard faculty since 1964, Joe Nye has served two presidents, beginning in the Carter administration focusing on nuclear weapons. In 1993 President Bill Clinton appointed him Chair of the National Intelligence Council, which coordinates all 16 intelligence agencies. He was next appointed Assistant Secretary of Defense for International Security Affairs. He returned to Harvard to become Dean of the Kennedy School. He was an informal advisor to the Obama administration. He is the author of 15 books. Upon retirement from the Kennedy School,he was named University Distinguished Service Professor.