​The program is free and open to the public, but If you are watching via Zoom, please register to receive the Zoom link. 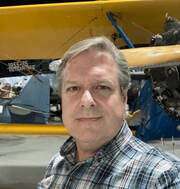 When Hunter Chaney joined the Collings Foundation in Stow, MA, his main job was to direct the operation and display of historical aircraft, such as the B17, B24, P51, and P40.  In 2013, when the foundation received a bequest of 200 tanks and armored vehicles, his job expanded.  The Collings Foundation decided to create a museum to share these treasures and, after eight years and a pandemic delay, the American Heritage Museum opened to the public in 2019.

“I had to learn about tank warfare quickly,” says Chaney, the museum’s Director, who immersed himself in the major tank campaigns and the armored vehicles and tanks used.  “Once Germany launched Operation Barbarossa on June 22, 1941, to invade Russia, the role of the tank forever changed the dynamic of the battle scape during WWII,” he continues.  Chaney will talk about the use of tanks and the major tank battles of WWII.

On the Allied side, the M4 Sherman was the most mass-produced tank of WWII and came in many models.  It achieved a speed of 25 mph. With 76mm cannon and armor two to three inches thick, the Sherman could withstand most small arms fire, but it was no match for the lethal German Panther tank, which was virtually impervious to Sherman shells. The Panther attained slightly higher speeds of 25-30 mph and had special optics and a baked-on ceramic coating, zimmerit, that prevented magnetic mines from sticking to its hull. Its 88mm cannon could penetrate pretty much anything.

During Operation Barbarossa, the Russians launched their line of T34 tanks, their primary, mass-produced model.  The T34 was tough and could penetrate the armor of both the Sherman and Panther if shot correctly.  Tens of thousands of T34’s pushed the Germans back to Europe from the Eastern front.

Supply chains were critical to tank warfare. Without an effective supply chain, movement of tanks became impossible.  As the Germans moved their tank columns eastward into Russia, tanks often broke down.  Although their tanks were technically superior, without a proper supply chain to maintain them, many had to be abandoned in place. Operation Barbarossa was stalled several weeks because many Panther tanks were not ready, due to supply and maintenance issues.

A native of California, Hunter Chaney worked in marketing and promotion before moving with his wife to her family homestead in Paxton, MA, where he ran a small media publishing company. A chance photo of a B24 Liberator aircraft introduced him to the Collings Foundation in nearby Stow. Coming from a family of pilots, Chaney was intrigued. He joined the Collings Foundation as Director in 2006, where he has planned and managed their very successful “Wings of Freedom” annual tour of their historical aircraft. The Foundation visits 110 cities across the US and displays aircraft such as the B17, B24, B25 Mitchell, P51 Mustang and P41 Warhawk to 4.5 million viewers.  Their philosophy is, “if you read about history, you might remember. If you experience history, you tend not to forget it.”