Night of the Assassins: The True Story of the Nazi Plot to Kill FDR, Churchill and Stalin during World War II
​ 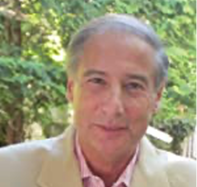 The year is 1943. The three Allied leaders—Franklin D. Roosevelt, Winston Churchill, and Joseph Stalin—are meeting for the first time at a top-secret conference in Tehran. But the Nazis have learned about the meeting and Hitler dispatches a specially trained team to kill the most heavily guarded men in the world.

On Monday, March 8, Howard Blum, former investigative reporter for The New York Times and author of more than a dozen non-fiction books, will discuss his book, Night of the Assassins, in which he describes this real-life plot to kill the leaders of the United States, Great Britain, and the Soviet Union during World War II.

When Hitler learned of the secret Tehran conference, he saw it as his last chance to turn the tide. Although the war was undoubtedly lost, the Germans believed that perhaps a new set of Allied leaders might be willing to make a more reasonable peace in its aftermath. And so, they devised a plan —code named Operation Long Jump—to assassinate FDR, Churchill, and Stalin. The leader of the assassin team was a killer known as The Most Dangerous Man in Europe. One man, Mike Reilly, Head of FDR’s Secret Service Detail, stepped up to the challenge and prevented a world catastrophe.

In his review of Night of the Assassins, military analyst and naval officer Jerry D. Lenaburg wrote: “Ian Fleming himself could not have written such an improbable yet actual plot. The moves and counter-moves in this tight and engaging story show that World War II was fought just as much in shadowy back alleys as on the battlefield.”

Howard Blum was twice nominated for a Pulitzer Prize for his investigative reporting. His recent non-fiction bestsellers include The Last Goodnight, Dark Invasion, and The Brigade. He won the Edgar Award for Best True Crime for American Lightning. The Columbia School of Journalism and Harvard's Nieman Fellows shortlisted In the Enemy's House as one of the five best non-fiction works of the year.