LEXINGTON VETERANS ASSOCIATION
The Battle of Midway - The Turning Point in the War in the Pacific
September 13, 2021
1:15pm
Presented by Gresh Lattimore via Zoom seminar

​​The program is free and open to the public, but you will need to sign up here. 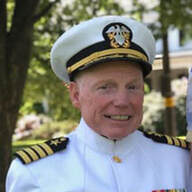 In June 1942, with America reeling from the attack on Pearl Harbor and Japanese military advances throughout the Pacific, Japan launched another secret attack on the American naval outpost at Midway Island, 1,300 miles west of Hawaii, where the US Pacific fleet was headquartered.  Intended to be the final crushing blow to American naval power in the region, the Battle of Midway was instead an overwhelming American victory that changed the strategic course of World War II in the Pacific.


On Monday, September 13 at 1:15 p.m., retired naval officer Gresh Lattimore will tell the story of the Battle of Midway, describing the key events leading up to the battle, the essential role of intelligence and air power, the command decisions made, and the aftermath of the battle. This free Zoom webinar is sponsored by the Lexington Veterans Association, in partnership with Cary Memorial Library.

Unknown to the Japanese, Navy codebreakers in Hawaii had succeeded in breaking its naval code. They raised the alarm that 300 ships and 100,000 men, commanded by Admiral Isoroku Yamamoto, were preparing for a sneak attack on Midway. Meanwhile, Admiral Chester Nimitz, newly appointed Commander of the Pacific Fleet, laid plans for an ambush of the unsuspecting Japanese fleet.

The Battle of Midway showed the vital role that air power would now play in naval warfare. While aircraft from four Japanese aircraft carriers attacked and severely damaged the US base on Midway, the US carrier forces remained out of sight, waiting and ready for battle. When the Japanese aircraft were rearming and refueling for a second strike on Midway, aircraft from three US carriers, (Yorktown, Hornet, and Enterprise) attacked the fleet, launching a rain of bombs and torpedos. Three Japanese carriers, (Akagi, Kaga, and Soryu) were hit, set ablaze, and sunk. The fourth, (Hiryu), having broken away from the carrier formation, twice launched its aircraft and severely damaged the Yorktown, only to be torpedoed and bombed by US aircraft later that day. Yorktown was eventually sunk by a Japanese submarine.

“The Battle essentially became a five-minute destruction of Japanese carrier might,” says Lattimore. “On June 4, 1942, three American carriers took on four Japanese carriers, sinking all four.  On June 5, two more Japanese cruisers collided with each other during their retreat. The US sank one and heavily damaged the other.”

This critical US victory stopped the power projection of the Japanese fleet in the Pacific. “Japan had been running wild for six months,” says Lattimore, “but this battle changes the realities of the Pacific war. Japan now turns from offensive thrusts to become a defensive power. The US begins a campaign of island-hopping and systematically defeats them over time.”