​​The program is free and open to the public, but you will need to sign up here. 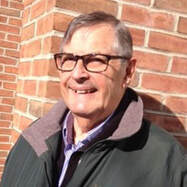 Dan Leclerc
By the end of World War II in 1945, there were more than ten million American troops overseas who wanted nothing more than to return home and restart their lives.  In the largest movement of humanity ever attempted or accomplished in world history, the Pentagon transported more than 22,000 troops home each day from September 1945 to September 1946. This accomplishment took the creation of a dedicated department, three years of planning, a fleet of 470 ships, the cooperation of the entire US railroad system, and a nationwide network of civilian volunteers.

On Monday, October 12 at 1:15 p.m., historian Dan Leclerc will present “Operation Magic Carpet” and describe the incredible planning effort, the countless roadblocks and creative solutions, and the overwhelming public support for the Pentagon’s efforts to bring the troops home.  This Zoom webinar is sponsored by the Lexington Veterans Association in cooperation with Cary Memorial Library and is free and open to the public.
​
In 1943, with no end of war in sight, the Pentagon created the War Shipping Administration (WSA) and tasked Admiral Emory Land to begin planning for the monumental job of collecting and returning our troops from 54 theatres of operation across the globe.  The plan was dubbed Operation Magic Carpet.  Admiral Land identified a fleet of 470 ships, including retrofitted Liberty and Victory Ships, aircraft carriers, destroyers, cruisers, and battleships.

American troops were not the only personnel requiring transport.  While US troops anxiously waited to board a ship for home, half a million German and Italian prisoners of war, housed in 500 different locations on American soil, waited to be returned to their home countries.  In England alone, 300,000 US troops married British women during the course of the war. To bring these war brides to their new homes in America, the British government enlisted the cruise ship Queen Elizabeth for a weekly voyage for an entire year.

Once the troops arrived at the various ports along the East and West coasts, they immediately boarded troop trains, including hospital trains, retrofitted by the major US railroad companies.  Railroad employees created intricate ticketing systems to get around places with missing tracks or faulty signals. Routinely, grateful citizens gave up their seats so a returning veteran could get home more quickly.  When soldiers were stuck in a train station for long hours, local families would spontaneously bring food and entertainment and often provide overnight accommodation in their homes.

With war behind them, the soldiers’ focus was on getting a job.  More than 2.5 million returning veterans took advantage of the GI Bill.  They started families and stimulated the Baby Boom; they built houses with FHA loans in newly built suburbs.  They got good jobs with new firms like Raytheon on Route 128, the nation’s first limited-access circumferential highway.

“The boys left as boys”, says Leclerc. “By the time they got on the ship and arrived home, they became men. They were thinking about what it means to be a man and to become a useful citizen.’