LEXINGTON VETERANS ASSOCIATION
Human Intelligence and Counterintelligence
in the US Military

​​The program is free and open to the public, but you will need to sign up here 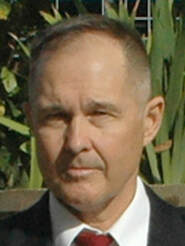 In military terms, Human Intelligence (HUMINT), is spying - gathering information through human contact. Counterintelligence (CI), prevents spying - blocking the enemy’s sources of information. HUMINT is an offensive operation and CI is defensive.  Retired Marine Corps Colonel Edward Barr, expert in military intelligence in the Middle East, formerly with the  CIA and FBI, will trace the evolution of the military's HUMINT and CI operations from 9/11 to the present, explaining how critical – and how difficult – it is for these elements to work together, and how often their work is misunderstood and undervalued.

The US government intelligence community consists of 17 different departments, including the US military, whose individual services each have their own intelligence component.  Col Barr emphasizes that when both the HUMINT and CI operations work closely together, a unit performs more effectively, reduces risks, and saves lives.  He credits the Marine Corps with most successfully integrating their intelligence functions into a comprehensive whole.

Col Barr graduated from Providence College in 1980 and served five years as an infantry officer in the Marine Corps.  He earned his JD and MA from George Washington University and worked as an attorney in Washington, DC before joining the Central Intelligence Agency as an operations officer.  He spent several years in private practice and soon after September 11, 2001 he was recalled to active duty.

Barr’s service throughout Southeast Asia and the Middle East included leadership as the senior military HUMINT and Counterintelligence Officer (J2X) in Afghanistan, Iraq, and Djibouti. From 2007-2009 he served as US Central Command’s senior counterintelligence and HUMINT officer, responsible for intelligence operations in 27 countries.  He retired in 2010 after 30 years of service and worked for several years with the FBI as Task Force Officer.  Currently he consults with organizations and governments on cyber security and teaches a graduate course in Strategic Intelligence and Analysis at Northeastern University.