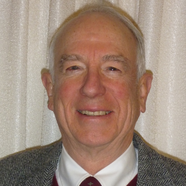 The Siege of Yorktown, Virginia: September-October 1781, the last major land battle of the American Revolution, highlighted the brilliant command of George Washington, and the importance of America’s French allies.

When George Washington learned that British General Cornwallis had moved his entire army to the narrow peninsula at Yorktown, Virginia, Washington knew that Cornwallis had made a grave error.  If the Patriots could seal off the Yorktown peninsula and somehow keep British ships from resupplying the British army, Washington and French army commander, Comte de Rochambeau, could lay siege to the Redcoats and slowly crush them.

Washington and Comte de Rochambeau quickly moved the bulk of their armies south to Virginia to lay siege on Yorktown.  The destination of the movement of the French army from Rhode Island and the Continental Army around north of New York City, the HQ for the British Army, on route to Yorktown, had to be kept secret to prevent intervention by the British army in New York.   Washington used false rumors, counterintelligence letters to known British loyalists, and the construction of large permanent camp facilities, for example the Chatham Bread Ovens, to deceive the British into thinking the attack would be against New York City until it was too late for the British to intervene in the march to Yorktown.

This story includes details on the greatest sea battle of the American Revolution, the Battle of the Chesapeake, that took place near the mouth of Chesapeake Bay on 5 September 1781, between a French battle fleet and a British Royal Navy battle fleet. The French victory was strategically decisive in that it prevented the Royal Navy from reenforcing or evacuating the British army at Yorktown.
​
Captain Bob Lewis spent seven years with the U.S. Navy as a Patrol Plane Commander, serving on the aircraft carriers WASP, INTREPID, and SARATOGA. As a Naval Reserve officer, he flew P-2s and P-3s and commanded his Naval Reserve unit. In his 30 years with the MITRE Corporation, he spent eight years in Germany at Headquarters, US Army Europe, helping to develop joint communication systems to integrate the Army, Air Force and Marines. He later returned to Germany to lead the communications engineering effort for an alternate command post in Romania.  He serves on the Executive Committee of the Lexington Veterans Association.