"We Stood Our Ground" 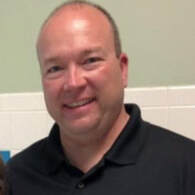 The heroic and unexpected counterattack led by Field Marshall Montgomery, Generals Eisenhower, Bradley, and Patton, stopped the German advance.  The Battle for the Ardennes was a great German failure in which they lost 120,000 soldiers and 600 tanks.  Hitler now had to face 300 Russian Divisions hurling into Germany from the East.  The final act in this great tragedy saw Hitler and his loyal partner Eva Braun getting married and then committing joint suicide in their bunker in Berlin.